The Shondaland duo on Bridgerton mania, building a streaming slate, and their 19-year partnership.

Shonda Rhimes and Betsy Beers had no clue if Bridgerton would hit or flop on Netflix. “I was holding my breath, because I’m always holding my breath about everything,” Rhimes admitted last week. “Like are we going to stay straight-A students?” The cheeky costume drama, based on Julia Quinn’s Regency-era romance novels, overwhelmed all of their expectations: Globally it has become Netflix’s biggest series ever.

Recent news that season one star Regé-Jean Page would not return to the show sent viewers into mourning for his character, the Duke of Hastings—a reaction that took Rhimes herself by surprise. “We didn’t even kill him!” she protested with a laugh, dismissing the idea of creative differences. She promised a suitable replacement in the form of sideburned stud Anthony Bridgerton (Jonathan Bailey), whose romantic journey will dominate season two.

As the second season starts shooting in the U.K. this week, Netflix has renewed Bridgerton for seasons three and four as well. “Bridgerton swept us off our feet,” Bela Bajaria, Netflix’s head of global TV, told V.F. She declared Netflix’s intention “to be in the Bridgerton business for a long time to come.”

When Rhimes and Beers began working together in 2002, the duo also had no inkling that their partnership would become one of the most successful in Hollywood. Neither had ever made a TV show before, and their first attempt at collaboration (on a drama script Rhimes wrote about female war correspondents) sank like a stone. Their second shot—well, that was Grey’s Anatomy, which sucked them into the vortex of a pop cultural cyclone. A string of ABC hits followed—including Private Practice, Scandal, and How to Get Away With Murder—which made Rhimes a household name, and Beers one of the busiest producers in town.

“There was not a lot on TV at that time that reflected who I was,” Beers told me some years ago. She was thrilled to help Rhimes create a have-it-all universe for women, in which “you could be good at your job, you could be competitive, you could be dark and interesting”—and you could also have the McDreamy romance.

Before they moved to Netflix, Rhimes spent much of her time writing and/or running the dramas she had created, while Beers supervised development of new projects for their production company, Shondaland, and did hands-on producing for some of their other showrunners’ series. At Netflix, Rhimes has been able to collaborate with Beers on developing new series, steer Bridgerton (showrun by Shondaland veteran Chris Van Dusen), and write her own forthcoming limited series, Inventing Anna.

Over the years the duo has developed a symbiotic relationship, which was apparent when I interviewed them via video. Rhimes and Beers finished each other’s sentences and made each other cackle. Sitting in the comfort of their own homes, they talked about their 19-year creative partnership and the world they’re building together at Netflix. 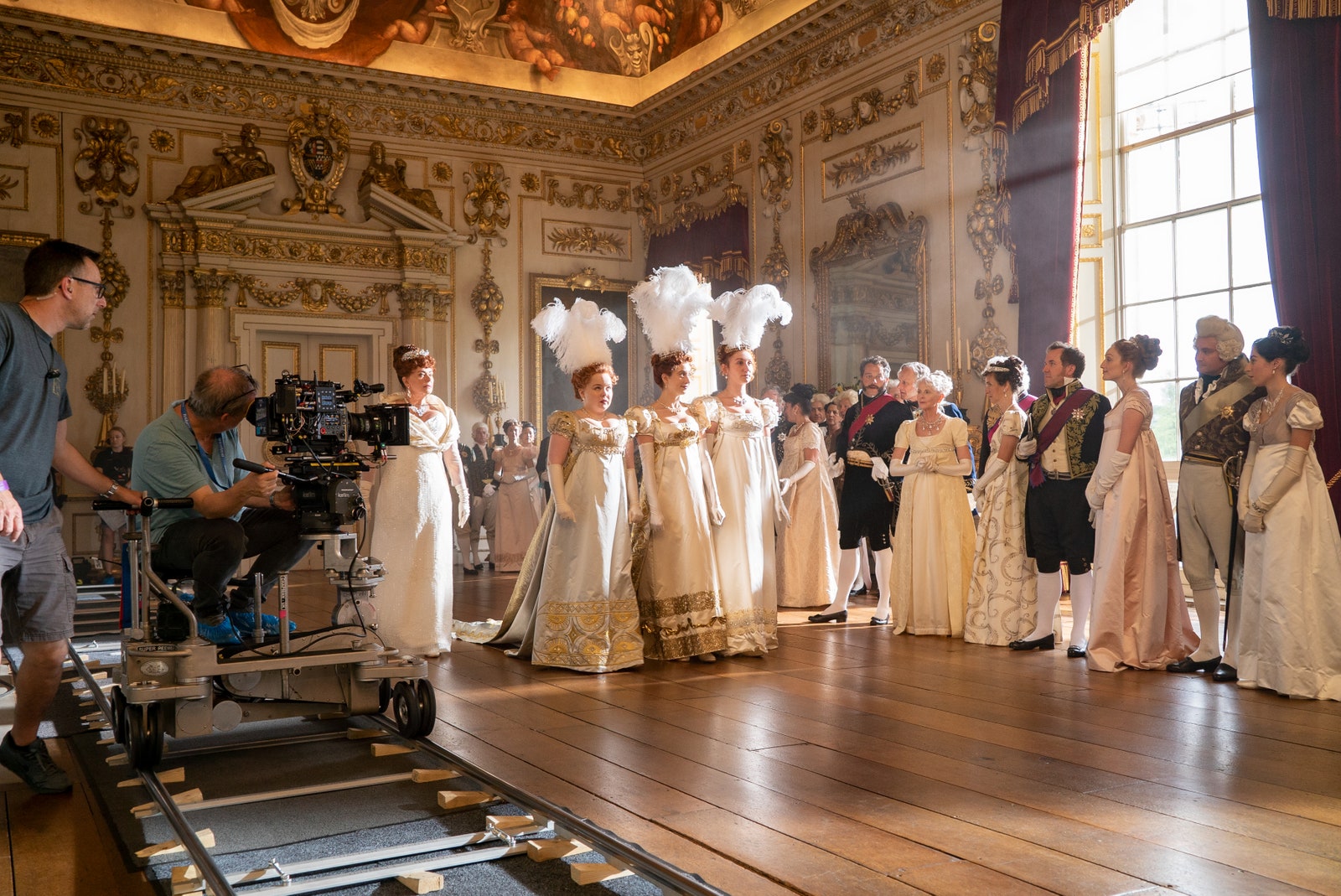 Vanity Fair: Were you expecting Bridgerton to be this huge?

Shonda Rhimes: With the pandemic and all the stuff that got postponed, I honestly don’t know that I was thinking about how it was going to do. We were more truly focused on wanting the show to be really good.

Betsy Beers: The hard thing over the pandemic was actually really understanding the number of people who were watching. It felt very abstract to me.

Rhimes: Because we were trapped in our houses! I also think for us, we don’t focus on the things that we can’t control. We could drive people crazy in marketing, but we couldn’t have any control over who watched.