I am not sure there will be an Outlander S8! ~ V Starz officially confirmed the Outlander prequel series titled Blood of My Blood is in development. The writers’ room has officially opened on the new drama series that will follow the love story of Jamie Fraser’s (Sam Heughan) parents, Ellen MacKenzie and Brian Fraser. Speculation about an Outlander prequel began last summer when Deadline reached … END_OF_DOCUMENT_TOKEN_TO_BE_REPLACED

‘Making Black America: Through the Grapevine’ ~ Video via PBS Synopsis: Henry Louis Gates, Jr. chronicles the vast social networks and organizations created by and for Black people—beyond the reach of the “White gaze.” ‘Making Black America: Through the Grapevine’ premieres Oct 4 at 9/8c on PBS. Disclaimer: We hold no rights to any of the pictures. No copyright infringement intended. END_OF_DOCUMENT_TOKEN_TO_BE_REPLACED

If  you have trans kids (teens) or know any, let them know about this movie. I plan to watch it this weekend. It looks adorable and it’s Billy Porter’s directorial debut! And, it has Renée Elise Goldsberry in it too; yeah, I’m watching! ~V Synopsis: Anything’s Possible is a delightfully modern coming-of-age story that follows Kelsa, a confident high school girl who is trans, as … END_OF_DOCUMENT_TOKEN_TO_BE_REPLACED

OMG, I am so emotional, right now. This trailer is absolutely beautiful, spiritual even. It’s one of the best trailers I’ve seen in a long time. The cinematography is breathtaking and I cannot wait until the movie comes out!! ~ V I am Queen of the most powerful nation in the world, and my entire family is gone. Have I not given everything? ~ Queen … END_OF_DOCUMENT_TOKEN_TO_BE_REPLACED

Wow, wow, wow . . . Bear McCreary is at it again and it is fantastic!! He’s one of my most favorite composers! ~ V This is Part 1 of 6 featuring an AMAZING introduction of the shows score performed live by composer Bear McCreary (God of War). ~ Video via Films That Rock Sauron | Bear McCreary | Lord of the Rings: The Rings … END_OF_DOCUMENT_TOKEN_TO_BE_REPLACED 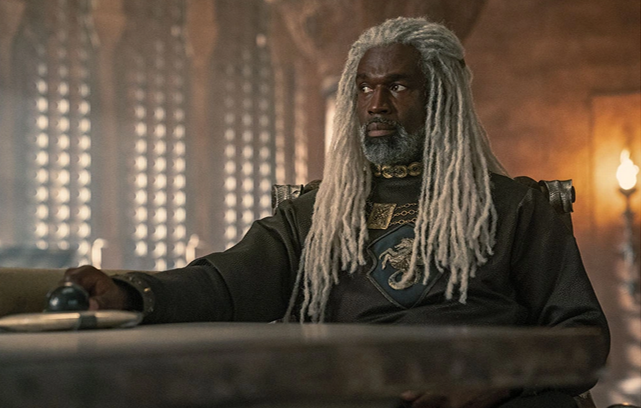 The two-part report continues on the set of ‘Dragon’: The cast opens up about their characters, the showrunners explain how the new series tackles issues of race and sexual violence, and a look at the franchise’s future. Plus, the show’s new official trailer. After HBO spent years searching to find the ideal successor series to the king of its platform, network executives picked a story … END_OF_DOCUMENT_TOKEN_TO_BE_REPLACED

We wanted to find a way to put diversity in the show,  but we didn’t want to do it in a way that felt like it was an afterthought or, worse, tokenism. ~ Ryan Condal, Co-showrunner “House of the Dragon” is already righting a “Game of Thrones” misstep. The upcoming spinoff prequel series has a more racially diverse cast, including an elite Black family comprising … END_OF_DOCUMENT_TOKEN_TO_BE_REPLACED

The actor behind Valkyrie shadowed Taika Waititi in postproduction and advocated for a scene to stay in: “That has to be in the movie!” Tessa Thompson’s Valkyrie may not be enamored with the added responsibility of being King of Asgard in Thor: Love and Thunder, but the actor feels just the opposite about her relatively new title of producer. In 2021, Thompson launched a production … END_OF_DOCUMENT_TOKEN_TO_BE_REPLACED

The movie’s star and executive producer discusses not having to fight in the creative process thanks to a female-led team, the chance to weave her South Asian culture into her character and why cinematic romances starring two people of color are so rare. When she was sent the script for Mr. Malcolm’s List, star Freida Pinto says it felt like it was written for her.Sharing … END_OF_DOCUMENT_TOKEN_TO_BE_REPLACED

This is fantastic news! The novel will be based on Rhimes’ spinoff original series that will chronicle the rise of Queen Charlotte. Author Julia Quinn and Shonda Rhimes are teaming for a Bridgerton prequel novel. Avon Books, an imprint of the William Morrow Group at HarperCollins, has acquired North American rights to a collaborative novel written by Bridgerton author Quinn and Rhimes, who executive produces the … END_OF_DOCUMENT_TOKEN_TO_BE_REPLACED

Captain America 4 has a director. Nigerian-American filmmaker Julius Onah, perhaps best known for helming the 2018 thriller The Cloverfield Paradox, will direct the fourth installment of the Captain America film franchise for Marvel Studios. Anthony Mackie is starring in the feature, reprising his long-time Marvel character of Sam Wilson, but not, however, Wilson’s long-time alter ego and Captain America sidekick, Falcon. That is thanks … END_OF_DOCUMENT_TOKEN_TO_BE_REPLACED

Vanity Fair had an exclusive talk with Davis and director Gina Prince-Bythewood about making a groundbreaking historical epic, out this fall. In 2015, the producer and actor Maria Bello was scheduled to present an award to Viola Davis at the Skirball Cultural Center’s National Women’s History Museum in Los Angeles. In a flash of ambition, she decided to make the most of the opportunity. Rather than giving a … END_OF_DOCUMENT_TOKEN_TO_BE_REPLACED 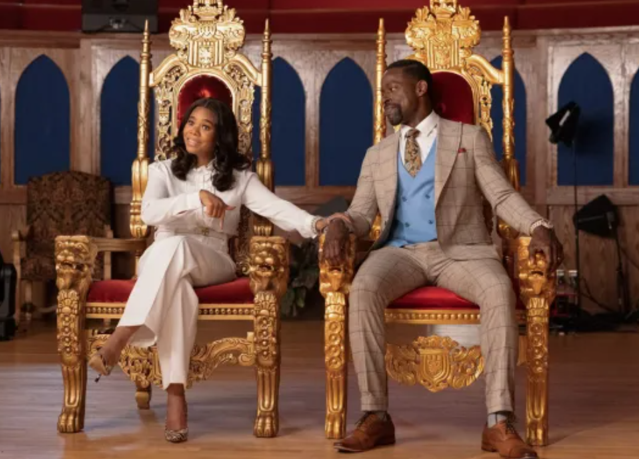 I’m not sure what’s going on here. But, . . . Regina Hall and Sterling K. Brown? Yeah, I’m watching!!! ~ V Honk For Jesus Official Trailer ~ Video via  Peacock Synopsis: Honk for Jesus. Save Your Soul. is a satirical comedy starring Regina Hall as Trinitie Childs – the proud first lady of a Southern Baptist megachurch, who together with her husband Pastor Lee-Curtis … END_OF_DOCUMENT_TOKEN_TO_BE_REPLACED

Wow, wow, wow . . .this looks fantastic!!!~ V THE WOMAN KING – Official Trailer ~ Video via Sony Pictures Entertainment Synopsis: The Woman King is the remarkable story of the Agojie, the all-female unit of warriors who protected the African Kingdom of Dahomey in the 1800s with skills and a fierceness unlike anything the world has ever seen. Inspired by true events, The Woman … END_OF_DOCUMENT_TOKEN_TO_BE_REPLACED