The actress talks about how she learned to advocate for herself on-set and the significance of her MCU character:

We need a superhero that represents us.

Being a superhero wasn’t part of Lauren Ridloff’s plan. The Eternals star wanted to be a children’s book author before an American Sign Language tutoring gig for the director of Broadway’s Children of a Lesser God led to a starring role in the show’s revival.

Theater, she says, is a “much more natural and inviting medium for deaf actors,” and the production came fully staffed with a toolbox ready to support its deaf and hearing artists. But coming off that critically praised performance in 2018, Ridloff wasn’t sure she wanted to keep acting.

TV and movies weren’t a place she had seen herself represented growing up, instilling the idea that it couldn’t be part of her dream. Yet, after scoring The Walking Dead as her first TV role, Ridloff found herself in demand. 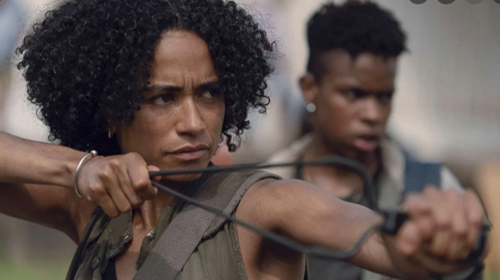 Now, she’s starring in the Chloé Zhao-directed Marvel movie [Eternals] that will take her and deaf representation to marvelous new heights when it releases on Nov. 5. 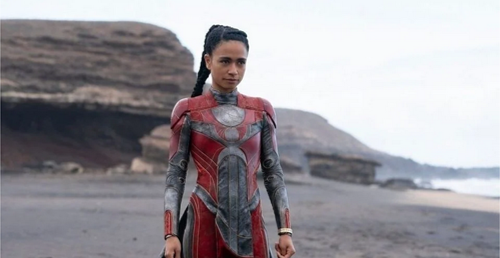 During her transition from stage to screen, Ridloff says she’s felt like she wanted to prove she’s easy to work with, something that has led to her not always advocating for what she needed as an actor. But being on this massive Marvel production full of A-listers who “know exactly what they want” helped change her outlook.

Ahead of The Eternals’ anticipated release, The Hollywood Reporter spoke to Ridloff about her journey from stage to screen, how working on a blockbuster as an emerging actor changed her perception of self-advocacy on set, and why the Eternals cast wasn’t sure what to expect in the final cut.

Your journey to acting was a bit of being in the right place at the right time. Before that Broadway break-out, what were your acting ambitions and how have those changed?

My goal growing up was to write a book. That’s why I studied English and creative writing in college, and that is a big reason I started teaching. I wanted to write children’s books. I felt that the best way to understand how a child thinks in their mind is to be with them all day. So I started teaching because of that. I didn’t dream of acting. I didn’t want to pursue acting. I had some acting experience — your basic high school play, or I was a part of a performance group in college, a dance group.

I just didn’t see enough people on the screen like myself. Every once in a while, like maybe Marlee Matlin, I saw on the big screen, and then years went by, and you would see somebody appear on one episode of a TV show or another episode there. Acting on Broadway came so completely as a surprise to me. It wasn’t part of my plan.

And, yes, absolutely, my goals have changed since I’ve gotten into acting. When I was on Broadway, my manager was interested in pursuing and looking for other projects, and I told him to then I didn’t know if I wanted to continue acting. Maybe this was just a one-time thing. I wasn’t even sure if it was my thing.

But then, when I saw the theater audience full night after night, and I saw the lines forming at the back door, I realized that my classroom just got a lot bigger. I made a bigger impact here. It seems like I can act, and I enjoy the opportunity to fully immerse myself in a character, which is very connected to reading and writing. When you write, you need to drop into that character and how it represents itself on the page. So I felt like it was a very natural leap into acting because of that.

But there are times when I think, “Thank God I’m deaf.” For example, if I’m on an airplane and somebody walks by with a baby, and they’re crying, I’m like, “Sure, sit next to me. I’m not afraid. Have your child sit right next to me.” The baby might be crying. Doesn’t bother me. I can still sleep throughout the flight. You know I can have a great flight experience even with a crying baby next to me. So that’s what I call Deaf Gain.

When you love something, you protect it.