“As black content producers, find our ‘Squid Game’ and find those big projects that make studios realize that we are worth investing in.”

Diversity has been a Hollywood buzzword for several years now, but the real challenges faced by filmmakers from minority or marginalized communities in getting their stories made and seen came into sharp focus at a series of panels at the American Film Market (AFM) this week.

The success of non-U.S, non-English-language content, like Netflix’s Korean series Squid Game, attests to a growing global appetite for films and shows coming from outside the assumed “mainstream.” Yet the myth remains, as any indie producer at AFM trying to secure financing for a film with a diverse cast will attest to, that diverse stories don’t sell. 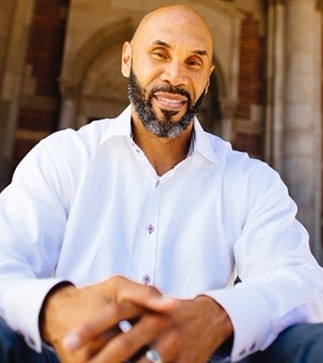 All the rest is this rainbow around the world who want to hear diverse stories. And one of the things we’ve seen in the U.S. context is that, as diversity has become more common on-screen, diverse audiences flock to it, they want to see that. They’re not going back now.

~ Darnell Hunt, dean of the Division of Social Sciences and Professor of Sociology and African American Studies, UCLA

Speaking on an AFM panel organized by the NAACP, Hunt blamed Hollywood gatekeepers for not greenlighting more diverse content.

All of our data shows that 92 percent of studio heads and CEOs are white, and about 87 percent are male. That freezes out a range of voices.

White supremacy is real, and it works in many different ways – some of it is intentional, some of it is implicit bias … some of it is lack of imagination to appreciate and recognize a quality story when you see it because your experience does not support it.

That’s why it’s important to have diverse voices in the executive suites for greenlighting these stories and we just don’t.

Speaking on a separate AFM panel, Christopher Kahunahana, whose debut feature Waikiki (2020) was the first-ever full-length dramatic feature written and directed by a Kanaka Maoli, or native Hawaiian, said that “big change” is happening on the level of writer’s rooms and in story development — “people want to see more stories coming from [marginalized] communities” — but that most distributors are still reluctant to embrace diverse films.

[Note: Photo: Mo Abudu, CEO of EbonyLife Group and an  Nigerian Media Mogul, philanthropist, and former human resources management consultant. She has been described by Forbes as “Africa’s Most Successful Woman”, and rated as one of the “25 Most Powerful Women in Global Television” by The Hollywood Reporter.]