Looking at Film Forum’s series devoted to the Black performer, The Hollywood Reporter critics find a radiant talent and a particularly American story of thwarted opportunities and unfulfilled promise.

In today’s parlance, Nina Mae McKinney, a performer of incomparable magnetism and impressive versatility, would be called “Black famous.” Although she burst onto the silver screen in a landmark feature, MGM’s Hallelujah, mainstream stardom eluded her. Hallelujah was one of the first studio pictures with an all-Black cast, and its director, King Vidor, was a leading filmmaker in the nascent industry.

McKinney was lauded as the first Black movie star, and it seemed the sky was the limit for this triple-threat actor, singer and dancer. But with no Black filmmakers in its studio system, Hollywood had no particular compulsion to build and sustain a connection to a Black audience.

With a few key exceptions, most of McKinney’s subsequent screen work was in so-called race films, created outside the studio system and marketed to Black Americans, but without the distribution clout to compete with Hollywood. Just as many of those long-forgotten films have been rediscovered in recent decades, McKinney is receiving her overdue center-stage moment.

In 2019, The New York Times paid tribute to her in its “Overlooked” series of obituaries. And now, thanks to a monthlong program at Film Forum that kicked off Wednesday with the 35mm restoration of Hallelujah, New York film fans can experience a good portion of McKinney’s movie performances on a big screen.

Sheri Linden: Perhaps the most astounding thing about Nine Mae McKinney’s 1929 screen debut, as the scheming Chick in Hallelujah, is that she was only 16 when she made the film. She connects with the camera and the audience with remarkable confidence and boundless charisma. There are so many layers of performance in the role, and McKinney keeps us tantalized and guessing every step of the way.

She plays a con artist who seduces a sharecropper turned preacher (Daniel L. Haynes), finds religion, backslides and ultimately repents. Along the way she pouts, vamps, cajoles and takes no prisoners — not to mention that she sings and dances up a storm. For Chick, and for Haynes’ Zeke, religious ecstasy and sexual fervor are often indistinguishable. McKinney holds nothing back and yet is fully in control.

How can you not love a character who, after subduing her former partner in crime with a fireplace poker, declares “That’s what I’m doing to anybody that stands in my path to glory”? How can you not wish McKinney had gone on to enjoy the career that this performance so clearly signaled was hers for the taking?

Lovia Gyarkye: Absolutely! The magnetism and charm she possessed in Hallelujah are so rare; it’s hard to believe she was so young. There are a couple of scenes that really affirm the kind of talent she had.

Take the moment we first meet Chick, shaking her hips and swaying her arms whilst surrounded by a completely captivated audience. She shuffles around the circle they’ve formed, tapping her feet and sneaking glances at different men. Her movements are effortlessly coquettish.

But when Zeke tries to grab her, she snaps back, right? Suddenly she’s less demure. There’s a moment, just after she cracks a joke about how poor he is, when she dramatically motions her head in the direction of the audience and almost rolls her eyes. You realize she’s not simply an object of the men’s gaze but a self-aware participant in this exchange. 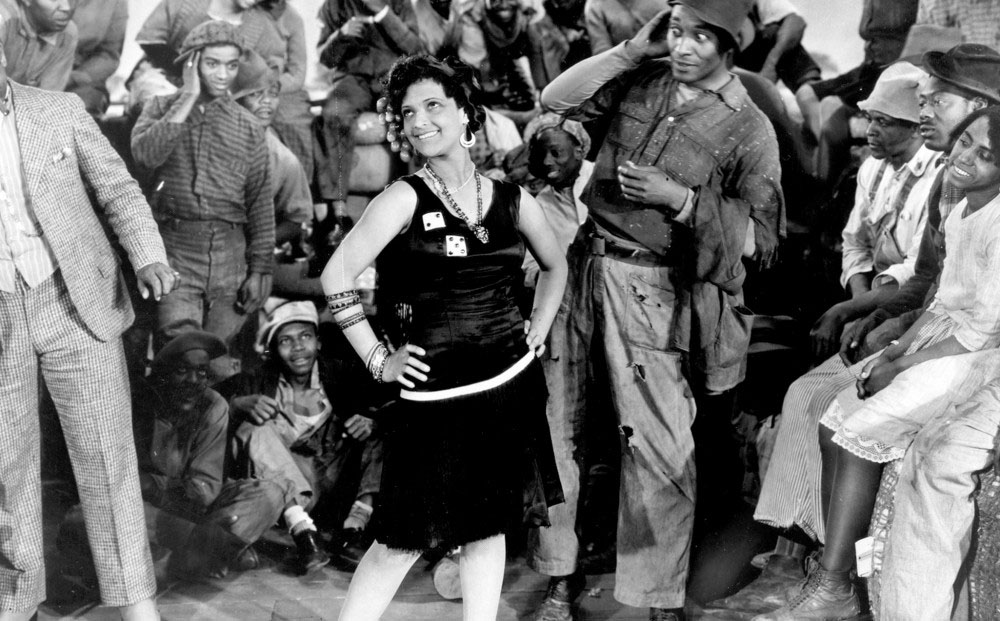