Skip to content
Prestonpans!
If you haven’t checked out the Outlander Community Website, you should. Starz opens up and shares an inside look into the episodes. We decided to share some of what they provide. Enjoy!

Jamie’s coat was originally owned by his father, Brian Fraser. We saw Brian wearing the coat in Episode 112, just before his death.

Dougal takes the measure of the marsh, in storyboards and the finished scene. 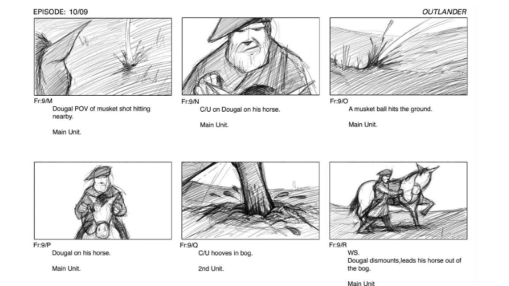 VISUAL EFFECTS: BEFORE AND AFTER

Dougal rides out as the redcoats watch on, before and after.

Jamie and Claire’s barn from Episode 209 was turned into Claire’s field hospital for the Battle of Prestonpans. The stairs and big tree were removed from the set and then it was reworked—fireplaces, windows, and doors were added and a room was created over the original barn door. The set was also redressed with cots, a fire pit and pots for boiling water, splints for setting bones, and many of the other necessities required for a makeshift hospital. 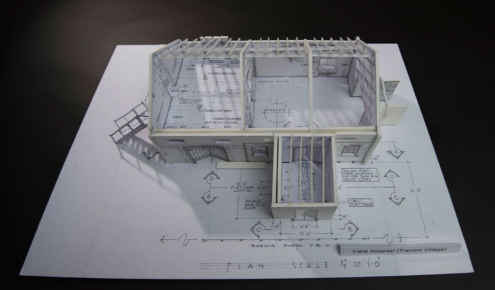 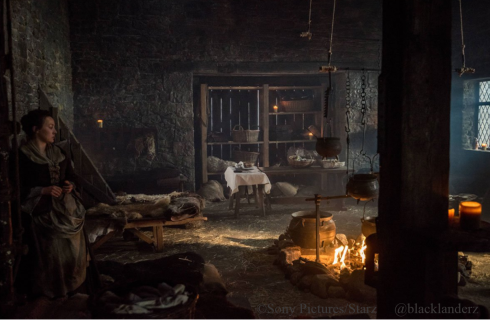 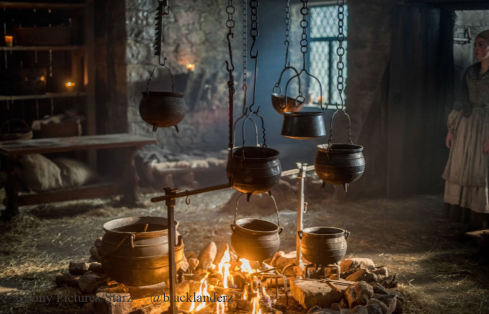 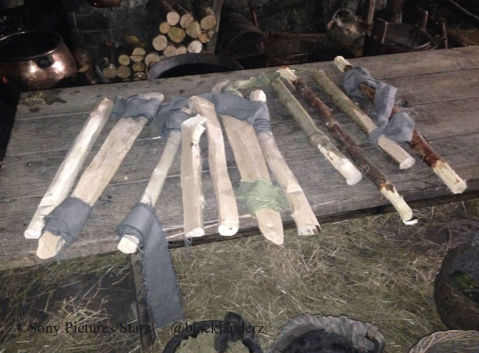 All of our weapons in the Outlander armory are museum standard replicas (i.e. they’re historically accurate and only manufactured using authentic materials). Some of the weapons we have include: around 70 British brown bess muskets (all live firing), 20 French/earlier British muskets suitable for the Jacobite army, 50 British infantry swords, 60 Jacobite swords for background Highlanders, and 100 various French-styled swords that were used for the Versailles scenes. Muskets are made in India and in some cases Spain. Hero swords for lead cast members are handmade in Glasgow by our sword makers and are suitable for hand-to-hand fighting. Other swords are sourced from France, Canada, Germany, and the UK.

Since muskets are imported from abroad, they must first go to the Birmingham proof house to get tested for safety before being shipped to us—a process which takes on average around 12 weeks, so it’s very difficult to get more weapons on short notice.

Many exact duplicates of our weapons are made out of rubber and used in place of the real weapons when required for safety. Most of our rubber duplicates were broken during filming of the Prestonpans battle scenes and had to be replaced. 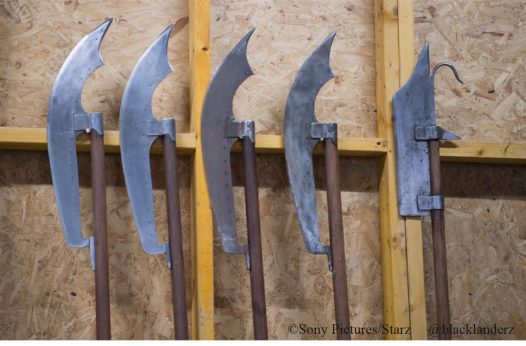 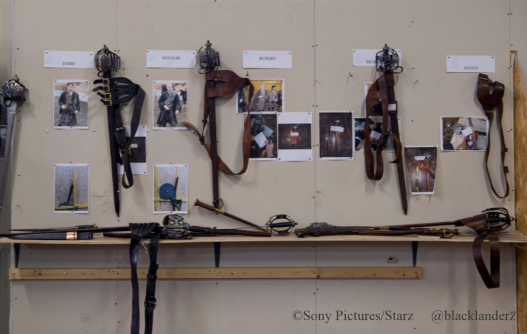 THE BATTLE OF PRESTONPANS

To control the levels of fog and mist used in the Battle of Prestonpans, the scenes were filmed inside a tent. The enclosed space allowed the fog to build up to levels thick enough to obscure the tent walls from the cameras and when combined with lighting, set decoration, and sound design, give the audience the look and feel of actually being outside. The tent also allowed the crew to maintain a consistent level of fog, so it would match across many different takes. If these scenes had actually been filmed outside in a field, with wind and other elements, it would have been nearly impossible to achieve the same look without costly visual effects added in post-production. 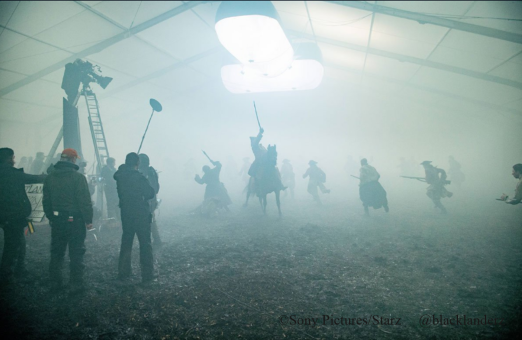