In Outlander S3, what can we look forward to seeing?

From developer/executive producer Ronald D. Moore and Sony Pictures TV, Season 3 will be based on the third of the eight books in Diana Gabaldon’s Outlander series, entitled Voyager. The third season picks up right after Claire travels through the stones to return to her life in 1948. Now pregnant, she struggles with the fallout of her sudden reappearance and its effect on her marriage to her first husband, Frank. Meanwhile, in the 18th century, Jamie suffers from the aftermath of his doomed last stand at the historic battle of Culloden, as well as the loss of Claire. ~ via Deadline

We will add to this page when new cast members are announced. 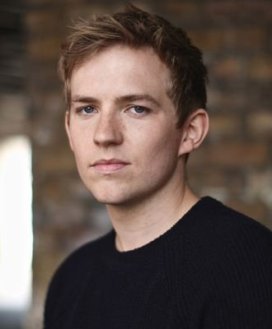 Hector is Lord John Grey’s first lover. In the book series by Diana Gabaldon, Hector and Lord John Grey (David Berry) share a strong bond. The events of the Battle of Culloden will continue to have an impact for years on Berry’s character. 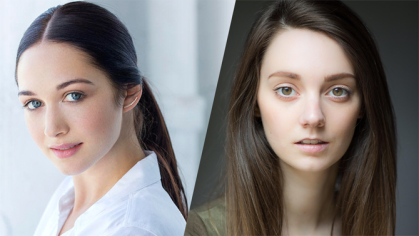 Geneva is described as being as beautiful as she is headstrong. Still, she is spoiled and demanding. The sheltered life has made her accustomed to getting what she wants, but also gives her a certain vulnerability. Isobel, the younger of the two sisters, is more likable and compassionate than her older sister, but is also more ordinary. 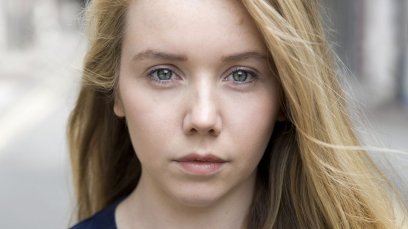 Marsali is the 18-year-old high-spirited daughter of Laoghaire MacKenzie. Blond and lovely, like her mother, she first was introduced in S1, when her [Laoghaire] youthful crush on Jamie Fraser was halted by his marriage to Claire, but Marsali has a rebellious and romantic mind of her own. She knows what she wants and she goes after it – reputation and propriety be damned.

When season three premieres, viewers will be introduced to a familiar character with a very unfamiliar face. Fergus (Romann Berrux), the young French pickpocket that Claire and Jamie adopted as their pseudo-son in season two, will be played by a new actor as the role is aged up.

Fergus Is All Grown Up (César Domboy)

César Domboy (The Walk) will play the charming, devilishly handsome man that Fergus grew up to be, with a strong sense of loyalty and decorum, despite his unconventional upbringing of being raised in a brothel. He is the ultimate romantic, wearing his heart on his sleeve and falling in and out of love easily. However, Fergus’ devotion to Jamie has never wavered, making the Frenchman an integral part of the Fraser clan. Still, his debonair demeanor masks a longing for a lasting love and a permanent sense of belonging.

Lord John “William” Grey, who was first seen in season two played by Oscar Kennedy, is a steadfast and honorable British subject. Torn between a finely-honed sense of familial duty and a strong moral compass of right and wrong, he is boyishly handsome with an upper-class rearing — the consummate gentleman. However, a scandal from his past has relegated Lord John to an undesirable position as governor of a desolate prison in Northern Scotland. 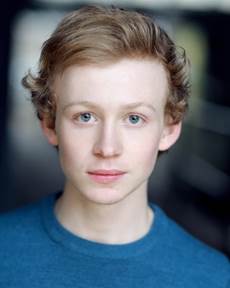 Joining Jamie Fraser’s (Sam Heughan) world in the 18th century, John Bell (“The Hobbit: The Battle of the Five Armies”) will play the role of Young Ian Murray, Jamie’s nephew. Young Ian is a tall, gangly Scottish lad with a heart of gold, a stubborn streak and a penchant for getting into trouble. Bursting with charm, he’s more like his adventurous, fierce uncle Jamie than his farmer father Ian — but when we meet him, he is still a very gawky boy. However, he keeps trying to prove that he is a man and we will see him grow into quite a formidable one as the series evolves.

Claire’s (Caitriona Balfe) life in 20th Century Boston, Wil Johnson (“Waking the Dead”) will play her friend and medical colleague, Joe Abernathy. Joe is a fellow doctor-in-training whom Claire befriends in medical school. Intelligent, charismatic, with a wry and irreverent sense of humor, Joe is a loyal confidant with great affection for Claire. He puts on a good face, but he is all too aware of his place in the Civil Rights Era. Joe and Claire both feel out of place in the mostly all-white, all-male medical field, which bonds them together in a lifelong friendship.

A Chinese man with a deep knowledge of Eastern medicine, Mr. Willoughby (Young) is a talented poet in exile, with an even deeper love of women. Willoughby, a confidante of Jamie Fraser, speaks English well, but hides it when it suits him. He is even more of an outsider than Claire in 18th century Scotland.

Hiett’s Leonard is the inexperienced, by-the-book de facto captain of the Artemis. Promoted quickly due to the untimely deaths of his commanding officers, Leonard takes his job very seriously, though it weighs heavily on his young shoulders. A third lieutenant, he never thought he would be the captain of a man-of-war ship. Above all, he wants to do what is right by the British Navy — whether or not it is right by his own personal morals.

THIS right here! I'm tired too!
Finally binged #TheMandalorian. Yeah, I know I'm late, but better late than ne-vah!! It was Fa-bu-lous!!
Receive my #PrincesBride Book Box. Thank you @jjmcavoy for this and all you do!! 'Luvbs' it all!! - V
Happy birthday!!
Huge congrats!! #Bridgerton
#Repost @rahulsinghclicks

THIS right here! I'm tired too!
Finally binged #TheMandalorian. Yeah, I know I'm late, but better late than ne-vah!! It was Fa-bu-lous!!
Receive my #PrincesBride Book Box. Thank you @jjmcavoy for this and all you do!! 'Luvbs' it all!! - V
Happy birthday!!