2018 has been a great year for Black cinema at the box office. With the domestic box office hitting an all-time high of $11.383 billion in 2018 with attendance up 4% from 2017, the top ten feature films by Black directors accounted for a combined $1.363 billion.

Other top-grossing films from Black directors include Steven Caple Jr.’s Creed II, which has brought in $109.6M to date and will shortly surpassed its Ryan Coogler-directed predecessor Creed’s domestic take of $109.7M.

Next up was Antoine Fuqua’s Equalizer 2, which starred Denzel Washington and grossed $102M domestically. It’s the fourth time these two have worked together and the first time Washington ever reprised a role. 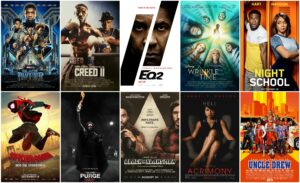 For Ava DuVernay, she became the first Black woman to not only direct a $100M feature with A Wrinkle In Time, but also have the film gross $100M domestically.

Rounding out the top 5 of Black directors was Malcolm D. Lee’s Night School. Starring Kevin Hart and Tiffany Haddish, in her first leading role since breaking out in 2017’s Girls Trip, the film brought in $77M from a budget of $29M.

Rising up the charts before the year is over is Spider-Man: Into The Spider-Verse, which was co-directed by Peter 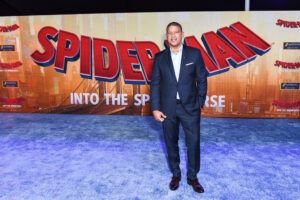