One day during a Facebook exchange, a friend mentioned Outlander books knowing that I love to read books in sets.  She also mentioned that the books had been adapted into a show.  I bought all eight books (and read them in under two months) and binge watched S1 & S2. I was overwhelmed and excited but had no one to share my excitement with – or so I thought.

I joined Twitter around that same time and started looking for other Outlander enthusiasts and, I admit, teared up a little when I discovered Blacklanderz. I could barely contain my excitement and appreciation. I was part of a fandom for the first time in my life.

I attended one small Outlander fan event, but never considered a convention I thought it was primarily for cosplayers, or that the crowds would be overwhelming, or because I didn’t know much about any other shows featured.

Three years later, Outlander drew me to NYCC 2019 – my first fan convention of any type – ever.

I didn’t know what to expect, but I knew that I would finally have the chance to meet some of the most dynamic women I had ever interacted with. 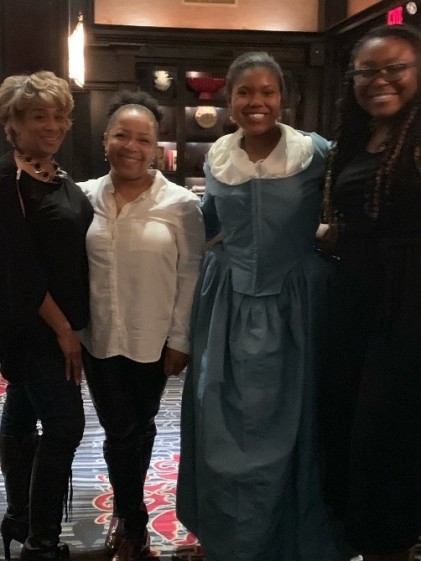 NYCC was exciting and fun but seeing my fellow Blacklanderz (and others) who I’d never met, was the icing on the cake.  NYCC 2019 may have been my first, but it will definitely not be my last.