Taylor Sheridan is at it again!!

After Yellowstone and 1883, I am indeed going to watch this one. It’s about time  someone told the real story! ~ V

Shooting on “Bass Reeves” won’t start for a few months, but David Oyelowo is already prepping to play
the legendary U.S. marshal whose exploits are said to have been the inspiration for the Lone Ranger.

We caught a glimpse of the western hero in HBO’s “Watchmen” (as played by Jamal Akakpo), but Oyelowo and “Yellowstone” creator Taylor Sheridan are giving us a whole limited series about the Black lawman whose story is long overdue.

Oyelowo is producing through his Yoruba Saxon production company, along with Sheridan and 101 Studios, as part of his overall deal with ViacomCBS – just one of the many deals and projects on the busy “Selma” star’s plate.

“Some of my dream projects are coming to fruition, so it’s a very, very nice moment,” the actor told TheWrap during a recent interview.

Oyelowo, who currently stars in HBO Max’s “The Girl Before,” updated us on the status of the “Bass Reeves” series. “We’re in the writer’s rooms as we speak, it’s going to be a six-episode series. The writers are beavering away and they’re doing a phenomenal job. So we’re a couple of months away from being on a set in Arkansas and [me] being the man himself.”

First, however, Sheridan needs to finish “1883,” the hit prequel to “Yellowstone.” To get a feel for the time period and the setting, Oyelowo and his wife Jess, who is a co-producer, recently visited the Texas set. “Our show happens in the same kind of time period. Jess and I were out in Texas recently with those guys as they were shooting ‘1883’ and that’s very much the world our show plays out in,” he said.

The First Black Deputy U.S. Marshall West of the Mississippi

The inspiration for The Lone Ranger…  The Odysseus of cowboys…  The James Bond of U.S. Marshalls…

Bass Reeves was a lawman for a total of 32 years with over 3,000 felon arrests and killed 14 outlaws in the line of duty, all without ever being shot himself.  Bass had to overcome, prejudice, betrayal, and some of the worst criminals in Oklahoma, the most dangerous district in the country. 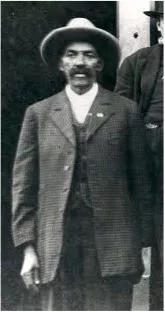 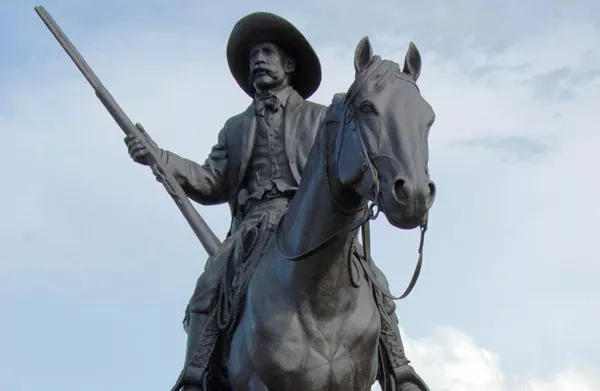 WHO IS BASS REEVES?

Born a slave in 1830’s Texas, Bass was owned by Colonel Reeves, who taught him to shoot, ride, and hunt, but would not let him learn to read.  Bass grew to be a strong, physically impressive, and determined man who ran away at the age of 20 to be free.

Pursued by slave hunters, he narrowly escaped into the Indian Territory where Creek Indian Warriors accepted him into their tribe.  Bass learned to speak Creek, Cherokee and Seminole.  It is believed that Bass fought in the Indian Territory during the Civil War with the Union Indian brigades.

​The Indian Territory, at this time, was a cesspool of violence.  In 1875 President Ulysses S. Grant named Congressman Isaac Parker, Federal Judge at Fort Smith, with the mandate to “save Oklahoma”.

The “Hanging Judge”, as he was soon to be known, brought in 200 deputy marshals to calm the growing chaos throughout the West.  The Indian Territory, later to include the Oklahoma Territory, in 1890, was the most dangerous area for federal peace officers in the Old West.  More than 120 lost their lives before Oklahoma became a state in 1907.