Vanity Fair had an exclusive talk with Davis and director Gina Prince-Bythewood about making a groundbreaking historical epic, out this fall.

In 2015, the producer and actor Maria Bello was scheduled to present an award to Viola Davis at the Skirball Cultural Center’s National Women’s History Museum in Los Angeles. In a flash of ambition, she decided to make the most of the opportunity.

Rather than giving a traditional introduction, she pitched a film, right there in front of the crowd, that she had long been developing with producer Cathy Schulman. Bello described an epic historical drama about an African warrior named Nanisca, adding, “Wouldn’t you want to see Viola Davis in a role like that?” The crowd “went wild,” Davis says now, and rose to their feet in raucous applause.

“That was the genesis,” she says. Later, director Gina Prince-Bythewood, whose last movie was the industry-rippling Charlize Theron hit The Old Guard for Netflix, came onboard, and contributed to the script by Dana Stevens.

The Woman King, which will storm into theaters on September 16, tells the story of the Agojie (also known as Amazons), a real-life army of women warriors who defended the powerful West African kingdom of Dahomey in present-day Benin during the 17th, 18th, and 19th centuries. (John Boyega plays King Ghezo.)

Vanity Fair spoke to Davis and Prince-Bythewood about this unprecedented action-drama, which has been described as a Black female Braveheart.

Vanity Fair: Viola, I think viewers will be amazed by your beefed-up physical transformation. You really trained hard to play General Nanisca.

Viola Davis: We started intensely a few months before shooting—four hours a day, five days a week. Weight training, sprinting, martial arts, and weaponry training for the machete. I like to say that I was the OG warrior. [Laughs.]

How did it feel to connect with the largely unknown history of the Agojie?

Davis: It was a different state of mind to tap into that spirit—that bravery. Certainly, that’s not a mindset that I carry on a day-to-day basis. I’m someone who carries pepper spray and a little alarm on my keychain.

Gina, this idea of the warrior woman often appears in your work going back to Love & Basketball. Why?

Gina Prince-Bythewood: I grew up an athlete. The women around me were athletes. There was a normalcy to how I thought about myself. You fight. Aggression is good. Leave it all out on the floor. And as I got older, it surprised me how few women had the advantage of growing up like that. That innate warrior that I believe we all have is dormant in so many women because it wasn’t encouraged or valued. 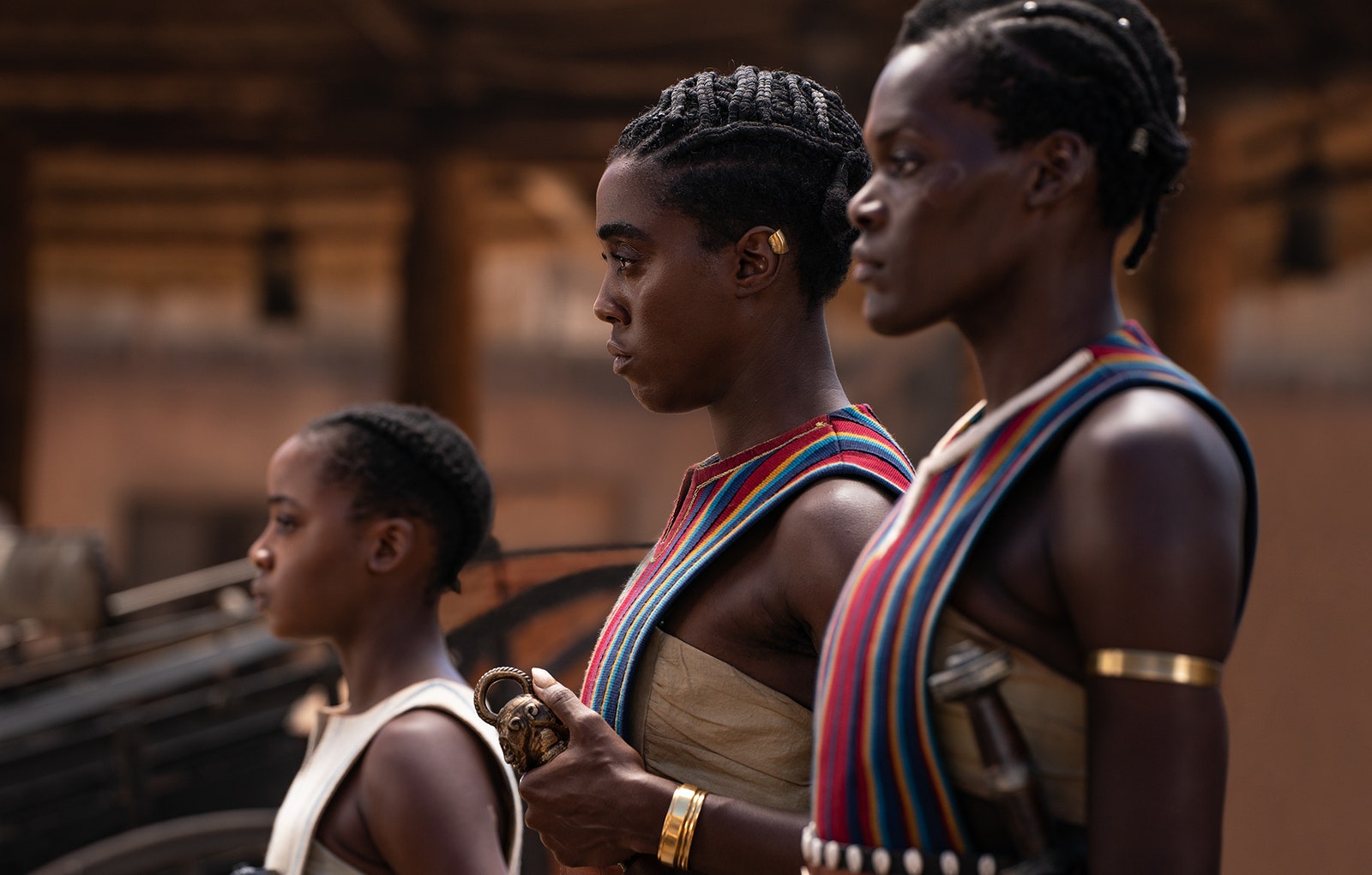 RIP #IreneCara
Queen Mother! #BlackPanther #WakandaForever
Although I 'luvbs' me some Cuffee, I'll have to go with Zora. She gets better and better with each role.
The more information they can provide, the better.
Amen to ALL of this! @thesherylleeralph
Fact!!

RIP #IreneCara
Queen Mother! #BlackPanther #WakandaForever
Although I 'luvbs' me some Cuffee, I'll have to go with Zora. She gets better and better with each role.
The more information they can provide, the better.