Through design with shape, color, shade and shadow and exotic set dressing, we tried to create something that was more than just a shop in Paris. I wanted it to feel a bit mystical and magical. The walls were covered with symbols of alchemy and magic.  Research of 18th Century apothecaries show etchings of shops with an alligator hanging above the counter; this was the period of enlightenment and people were fascinated with all things foreign and exotic.  Gina Cromwell, our Set Decorator, filled it with thousands of amazing things. 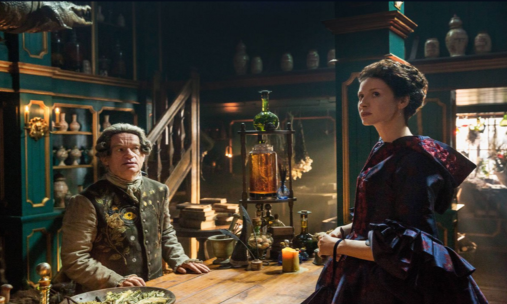 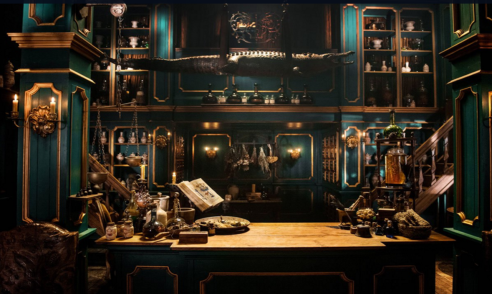 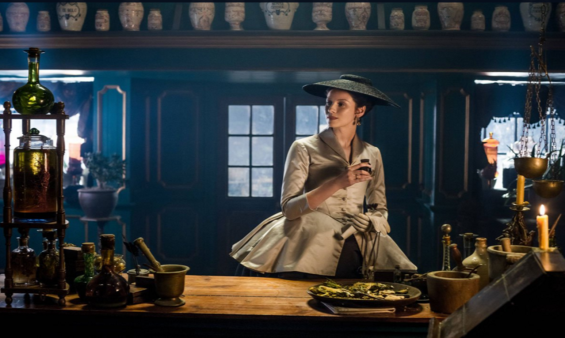 We had to make special mannequins for Claire Sermonne who plays Louise de Rohan, because her waist is so tiny. It became a lovely feature of her costumes.