Steven Cree needs no introduction.
I ‘luvbs’ me some him and the fact that he is playing Gallowglass in A Discovery of Witches. ~ Vida

Outlander’s heartthrob Steven Cree is turning heads as he continues to rack up credits this year.

Having already successfully established himself as a first class actor appearing in films such as 300: Rise of an Empire alongside Eva Green, Maleficent opposite Angelina Jolie and Tower Block alongside Sheridan Smith, ‘James Stagg’ alongside Brian Cox and John Slattery in the epic Churchill and sci-fi thriller The Titan alongside Sam Worthington and Tom Wilkinson, Cree is clearly an unstoppable acting force heading for the mainstream.

[“Unstoppable acting force heading for the mainstream”.
YES, I am so glad that he is receiving kudos. He is a phenomenal actor ~ Vida]

2020 sees Cree as ‘Chief Constable Collier’ in British action drama Cobra as well as his role as ‘Gallowglass’ in upcoming season 2 of A Discovery of Witches, airing 2021. 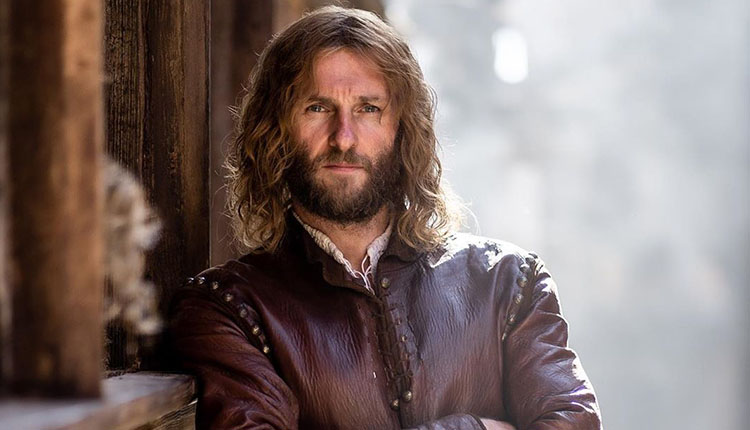 2019 saw Steven as the lead in the ITV drama Deep Water with Anna Friel and MotherFatherSon, BBC political psycho-thriller opposite Richard Gere. He was also seen opposite Linda Hamilton in Untitled Terminator Reboot last year.

Cree has earned parts in successful shows such as Misfits and Hoff the Record with David Hasselhoff and notably the BAFTA winning BBC film Marvellous, which saw him play ‘Rev McCoist’ alongside Toby Jones. Recurring roles include ITV crime drama Vera alongside Brenda Blethyn, Shetland and popular shows such as Silent Witness, Atlantis and The Musketeers.

Cree has already earned critical praise in theatres across the UK with his success in Macbeth directed by Kenneth Branagh at the Manchester International Festival.

When Cree is not performing in theatres or on film, he throws himself into supporting and raising funds for the International Animal Rescue (IAR). His short film Little Princess (2018) has also been used by the Kris Boyd to promote mental health, as well as being received by several festivals.