Well now, what do we have here? I’ve not read the book, but just looking at the cast and costumes, this might be a good one!~ V

I could always see myself in the shoes of all those amazing female characters,” muses Freida Pinto, describing her love of Regency-era novels written by authors like Jane Austen. “They were defying odds in their time.” The Slumdog Millionaire star studied English literature in college, poring over classic works and envisioning herself one day portraying such characters in adaptations on the big screen.

Now she is, in the romantic new drama Mr. Malcolm’s List, directed by first-time feature filmmaker Emma Holly Jones and costarring Ṣọpẹ́ Dìrísù as the titular hero. In the film, which you can get an exclusive first look at below, Dìrísù plays the dashing Mr. Malcolm, a wealthy and elegant suitor looking for a bride who meets all the qualifications he has on his list. Pinto plays Selina Dalton, a woman who helps her friend Julia Thistlewaite (the charming Zawe Ashton) get revenge on Mr. Malcolm after he rejects her for falling short of his lofty criteria.

The film is based on the book of the same name by Suzanne Allain, who adapted it into a screenplay that was given a table read by the Black List. Jones, who is married to Black List founder Franklin Leonard, heard it, fell in love with it, and decided she was going to make the movie. She began by directing a short-film version that helped her get funding for the feature, with a cast rounded out by Oliver Jackson-Cohen as the sociable Lord Cassidy; Ashley Park as the bubbly Gertie Covington, and Theo James as the debonair Captain Henry Ossory.

In a way, Jones has been preparing all her life for this. “I’m actually named after Jane Austen’s Emma,” Jones says. “I basically fell in love with period dramas from a very young age.” 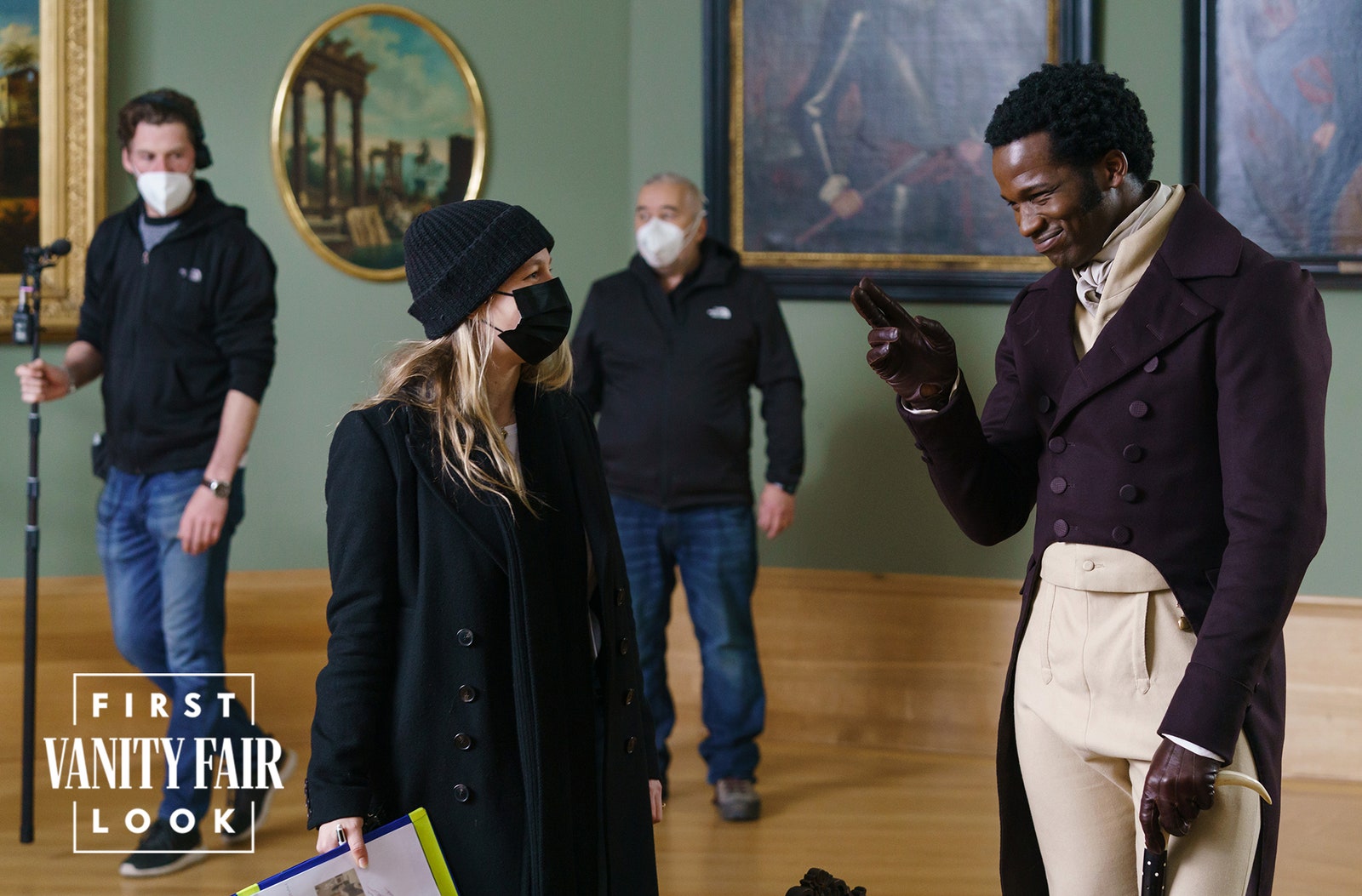 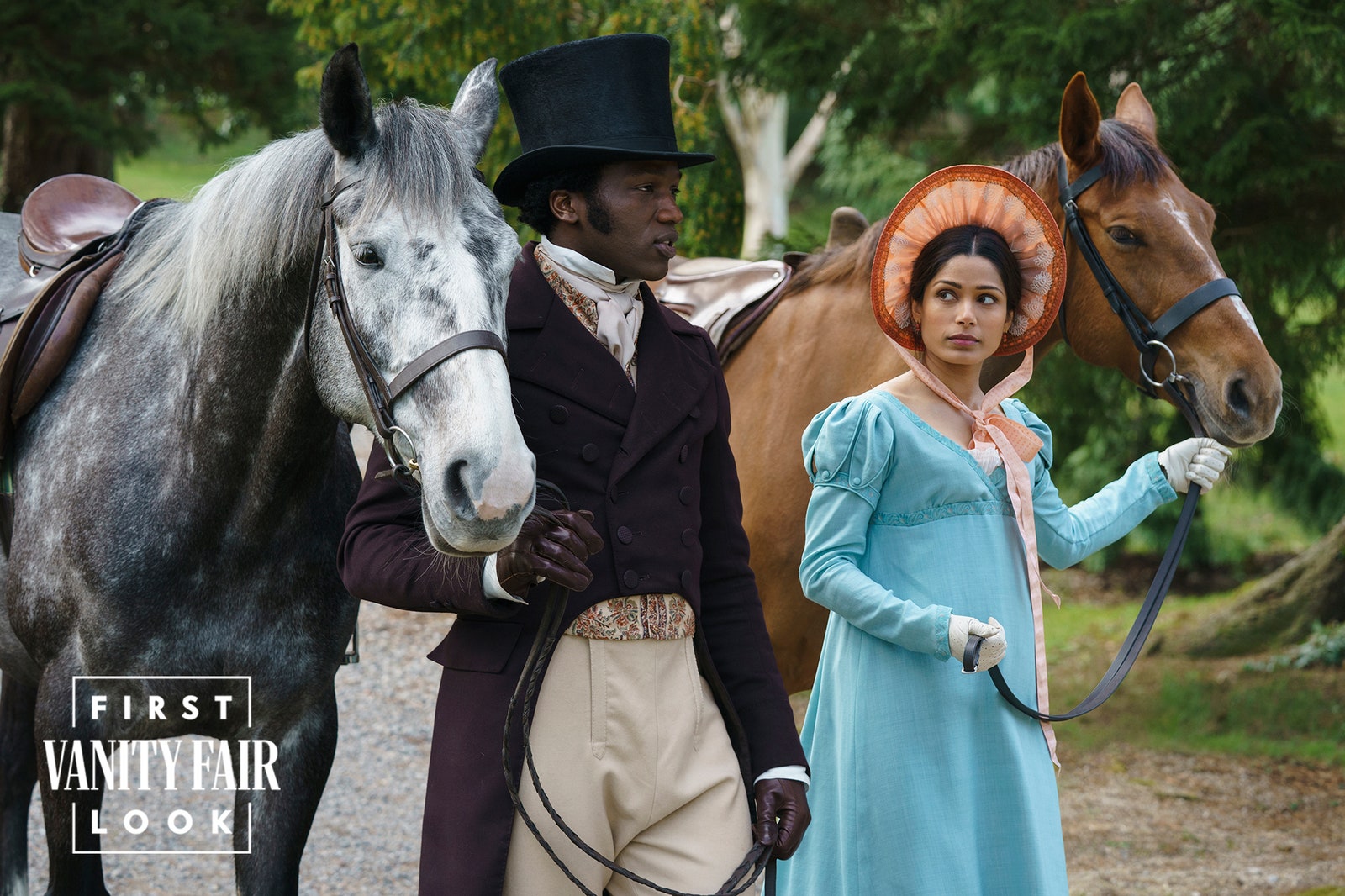 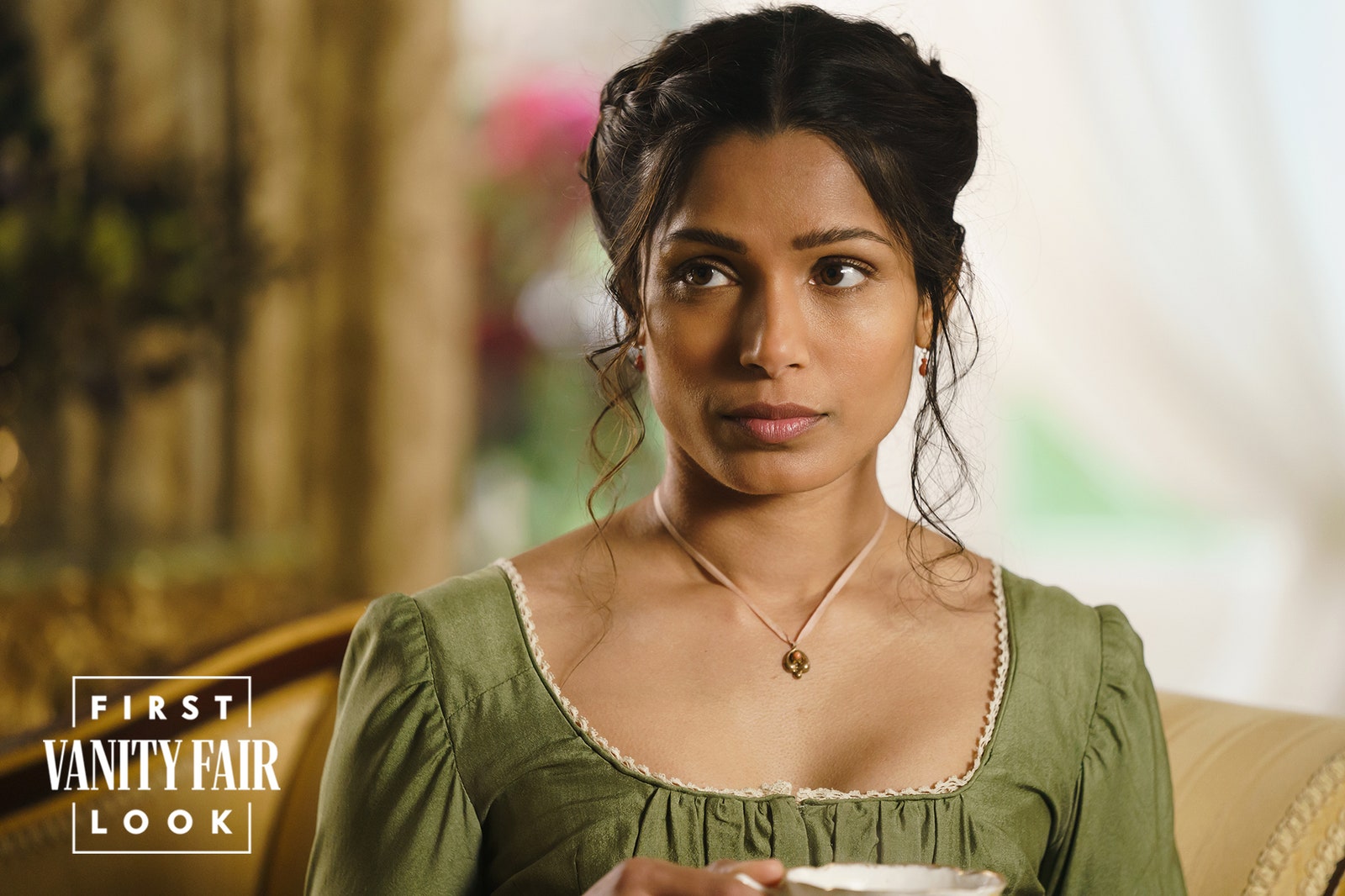 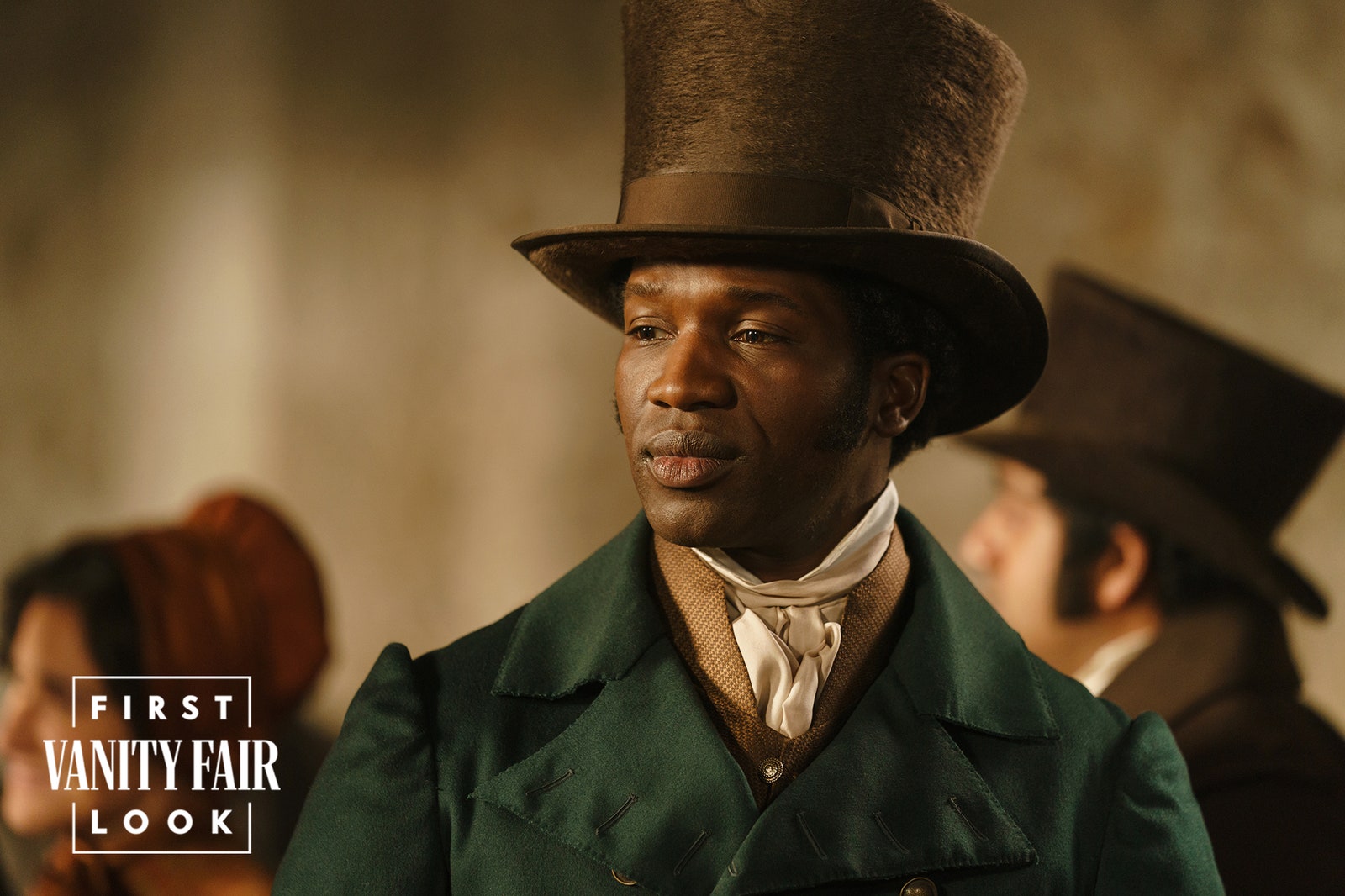 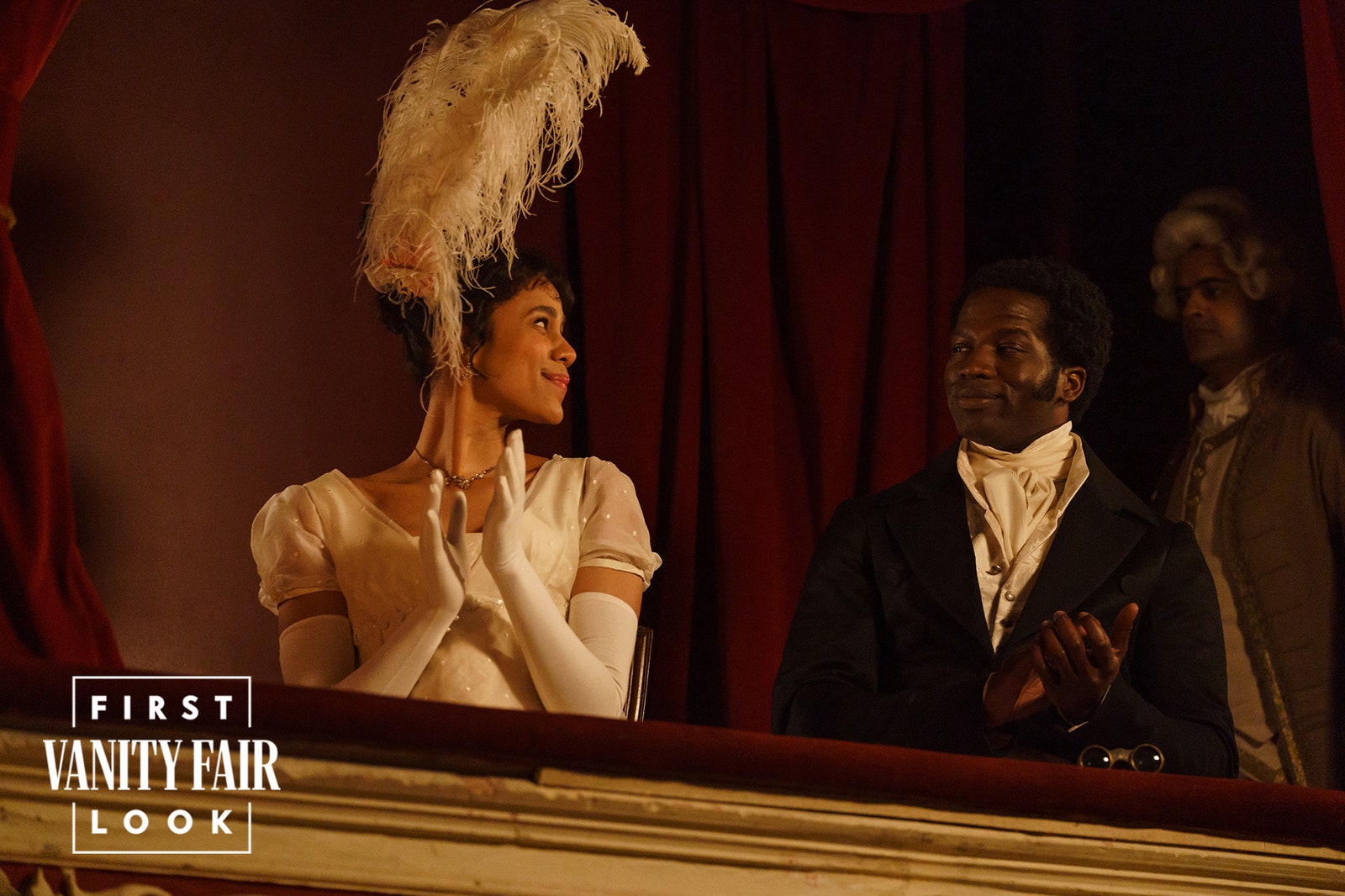 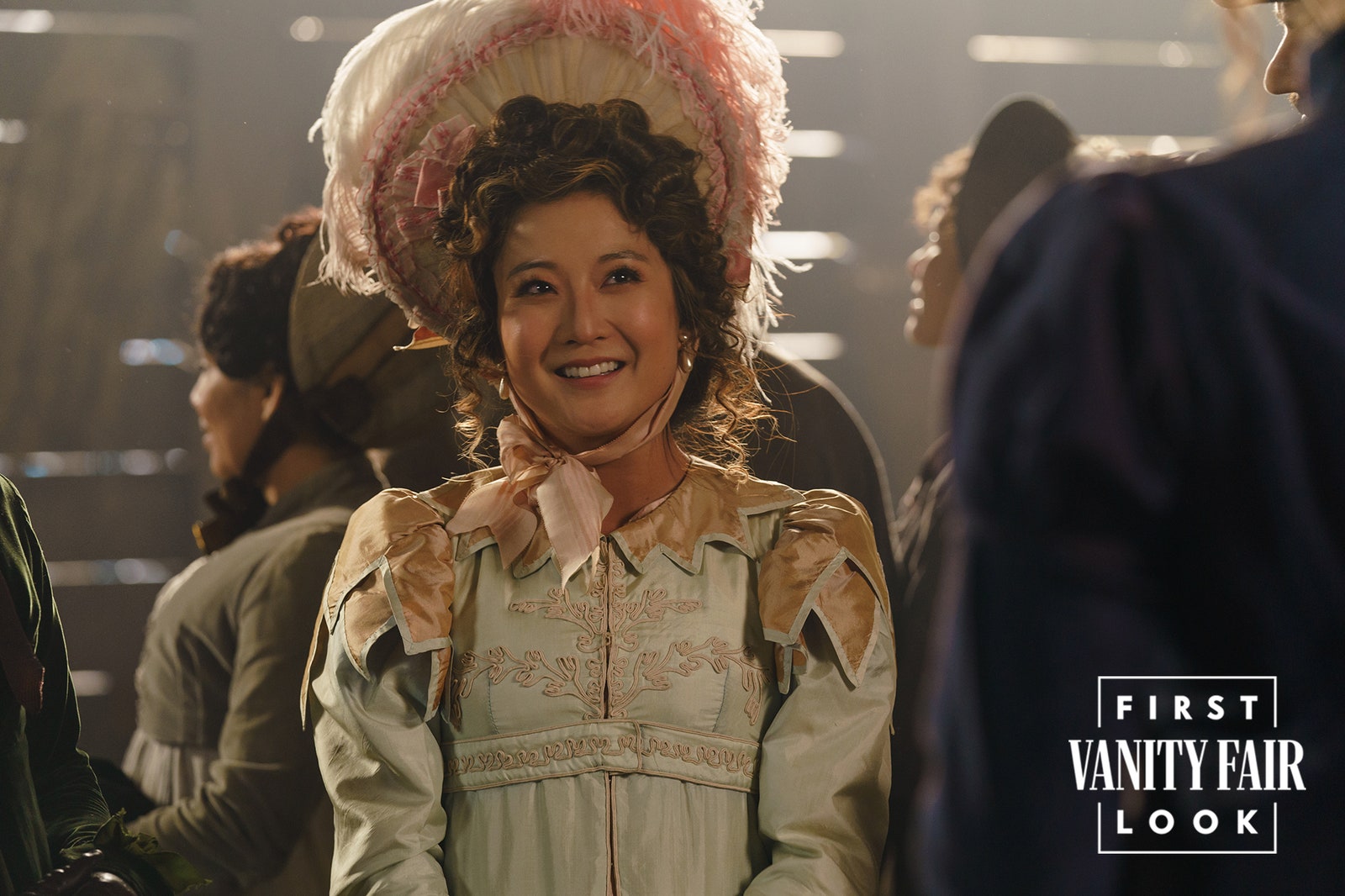