The Sound of Music is one of my most favorite movies. My family and I always watched it together every year it came on, even when we all lived in different states. I still watch it when it comes on! ~ V

The 1965 film was based loosely on a 1949 book by Maria von Trapp. Georg von Trapp and his first wife, Agathe Whitehead von Trapp, had seven children.

Rosmarie Trapp, whose Austrian family the von Trapps was made famous in the musical and beloved 1965 movie The Sound of Music, has died. She was 93.

She died Friday at a nursing home in Morrisville, Vermont, Trapp Family Lodge announced. Her brother Johannes is president of the Stowe resort.

Rosmarie was the first daughter of Austrian naval Capt. Georg von Trapp and Maria von Trapp, and a younger half-sibling to the older von Trapp children portrayed on stage and in the movie.

The family escaped from Nazi-occupied Austria in 1938 and performed singing tours throughout Europe and America. They settled in Vermont in the early 1940s and opened a ski lodge in Stowe. 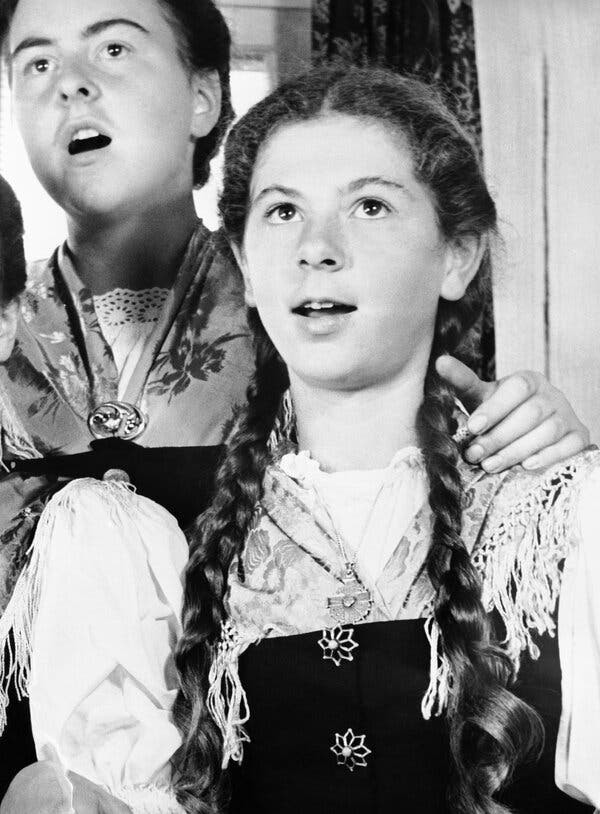 Rosmarie von Trapp, foreground, performing in 1947 with her brother, Johannes, who is now the last surviving sibling in the von Trapp family. (Credit: Associated Press) 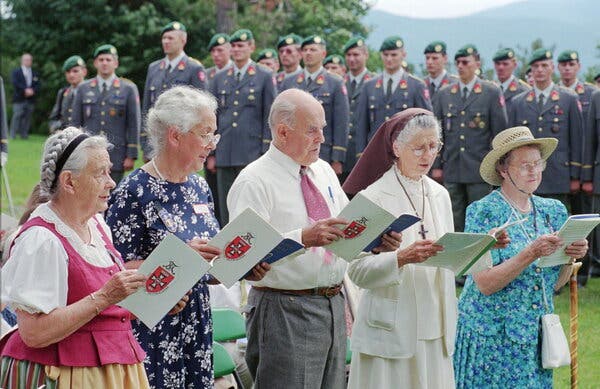 Some of the children of Baron Georg von Trapp singing during a Mass in his honor in 1997 in Stowe, Vt., where the family runs a lodge.