Her costumes leading up to her time travel were deeply personal for me. Her ‘through the stones’ dress was quite the dilemma. We had previously decided that Claire knew too much of life in the eighteenth century to think that a “Jessica Gutenberg” (Gunne Sax) dress would pass muster, but I knew how much it meant to the fans and made the case that we should have Brianna wear it.

There was no way we were going to have her make something—we had done that with Claire—and, as a headstrong teenager, I could believe she’d shrug her shoulders and say, “this will be fine, I’ll just wear my cape over it”, in that casually unconscious way of teenage girls, and so we made a version of a cape I had in 1971. We established it in North Carolina at the festival, so it didn’t just pop up out of nowhere. I reminded the writers that it was all wrong for the eighteenth century and people should look at Brianna strangely because of her clothing—we would need to get her out of it quickly, before someone threw her in a madhouse or a brothel. 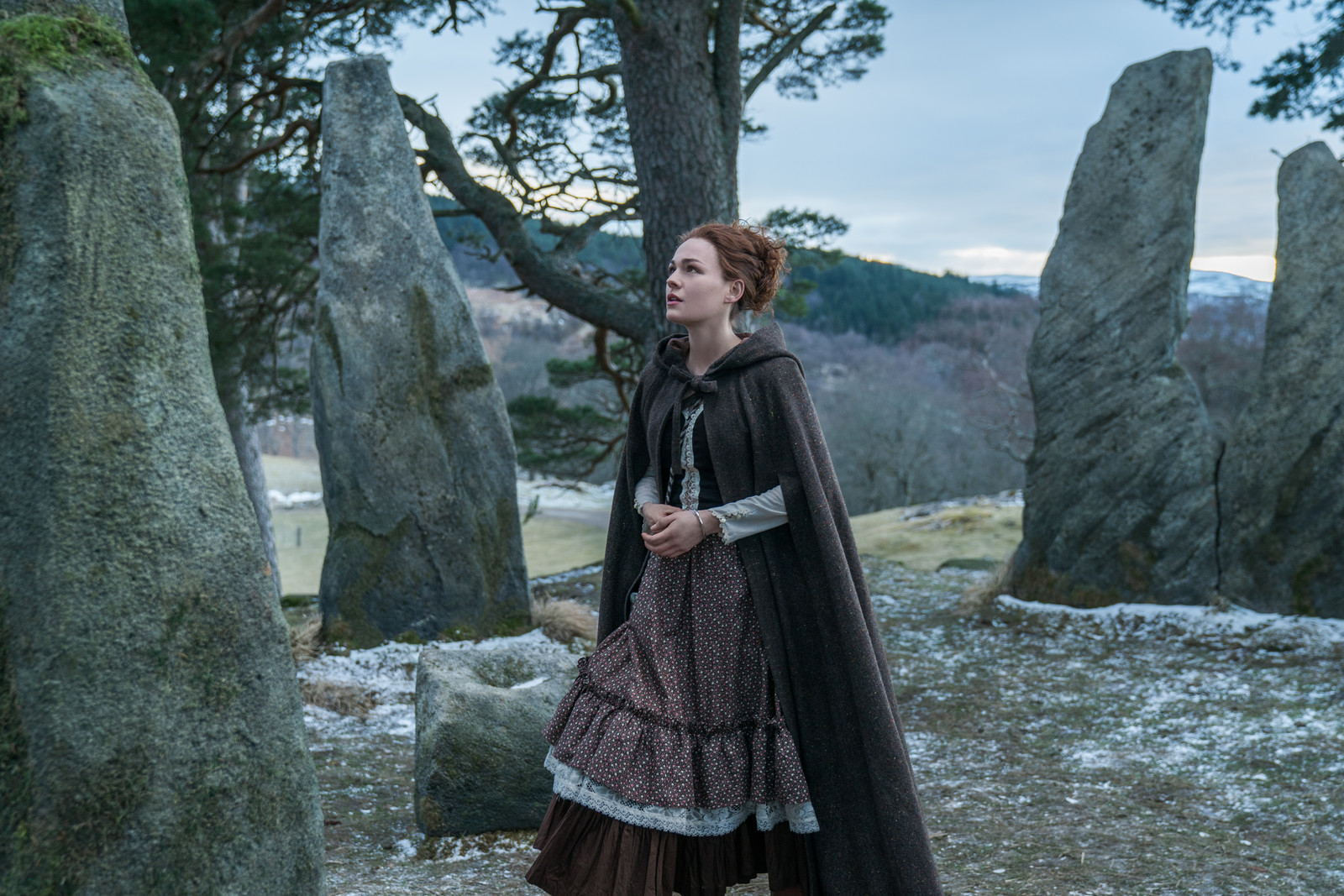 I always knew I wanted to get her into Claire’s old clothes. Clothing was too valuable a resource to discard casually, so I knew we could justify it still being around—that would be absolutely normal—and the idea of Brianna wearing Claire’s old dresses and her jacket was just too impossibly wonderful to pass up.

I think it is a beautiful visual connection between a mother and her daughter, an emotional thread that every mother and daughter will recognize. 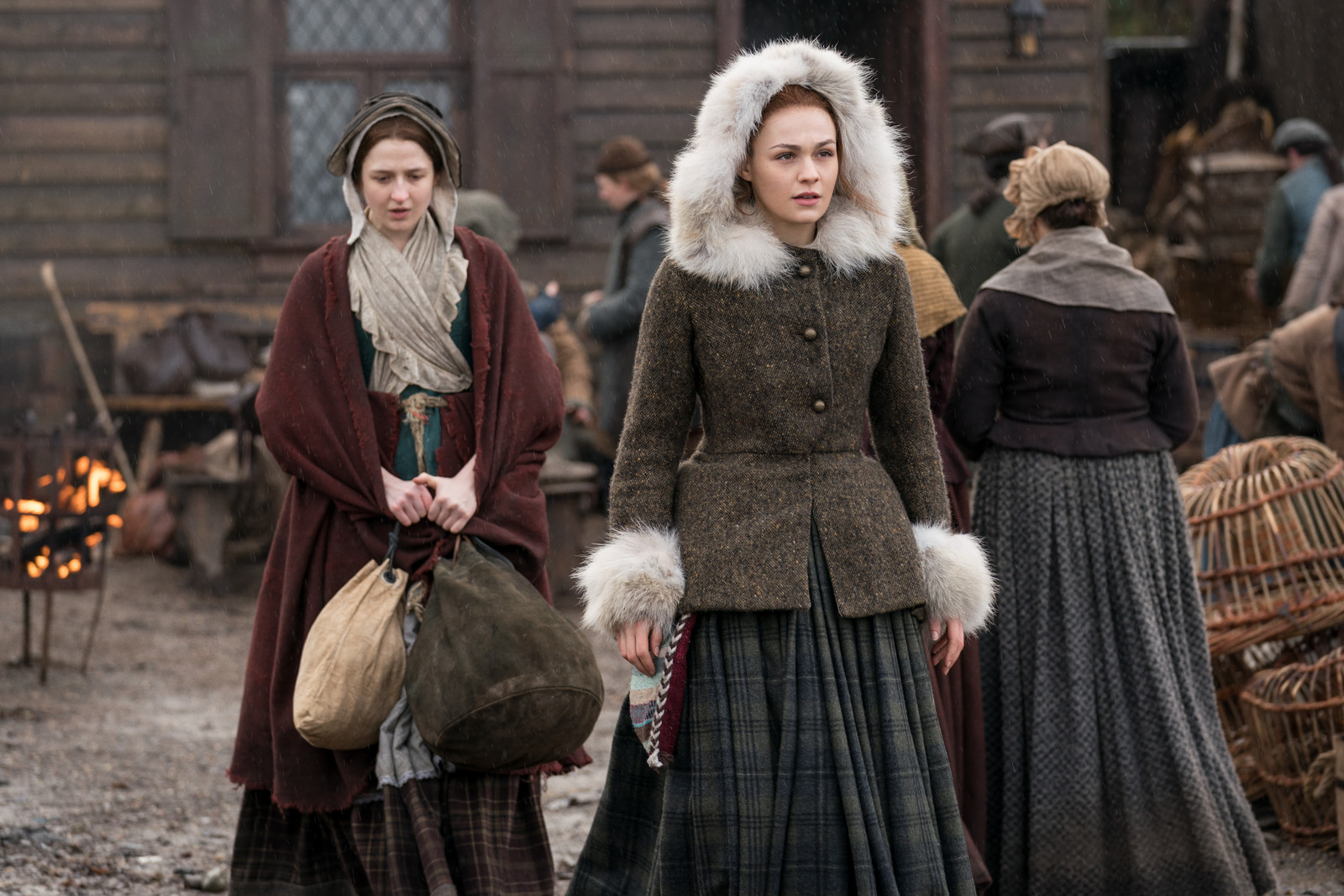 Roger’s eighteenth century looks consist of his late 1960’s/70’s wardrobe which ‘he has done his best’ to transform into something which resembles what he believes could pass as eighteenth century. The look was made to fit in with sailors and a general population as opposed to high society. His old check shirt becomes the stock, the bobble is taken off his woolen hat, he finds a ghillie shirt and takes the sleeves off his Scottish jacket worn to the festival to turn it into a waistcoat. His cord suit is variously adjusted and finally his duffel coat undergoes some crude remodeling. We kept seams raw cut and top stitched to indicate the maker doesn’t have vast sewing skills. 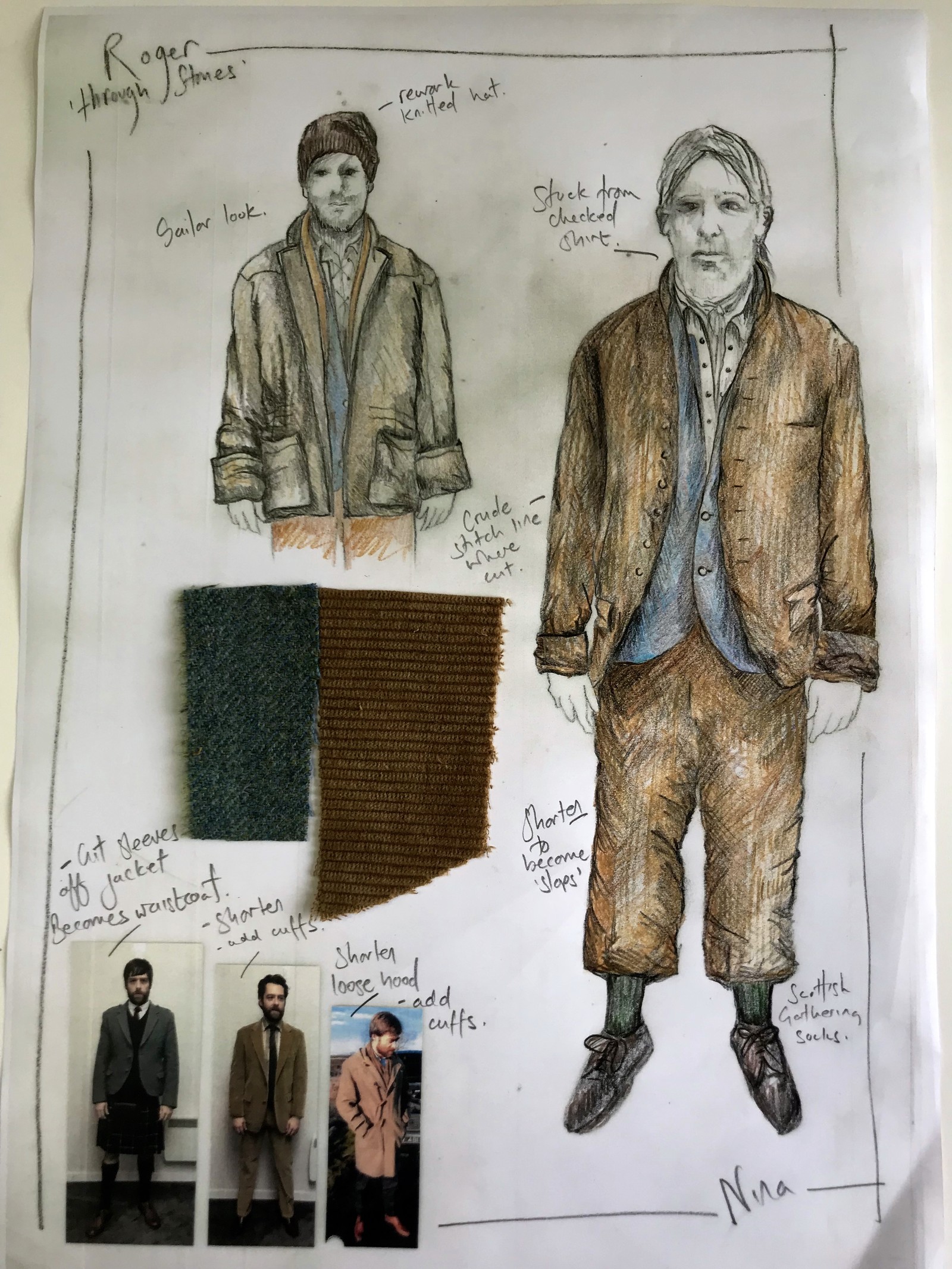 The first surprise when people see Roger back in the eighteenth century is that he has shaved to fit in better (it wasn’t customary for gentlemen to have facial hair at this time). Makeup was used to ‘weather’ his face and hands from the time we see him on the Gloriana. 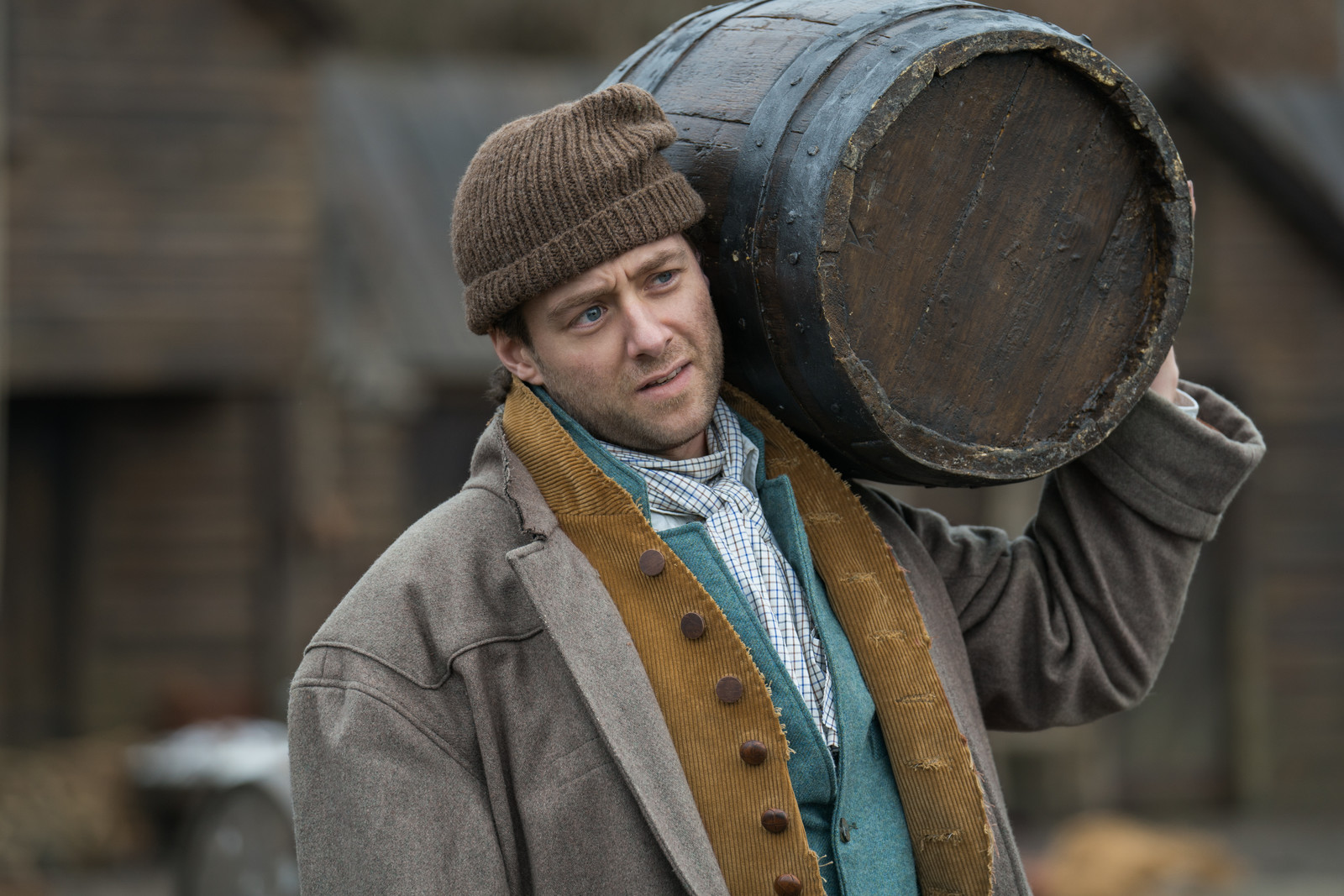